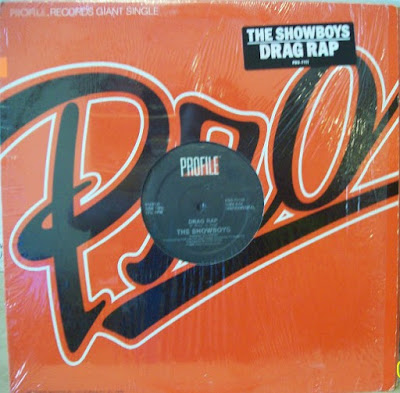 The Showboys are a two-man rap group from Queens, New York, composed of Orville “Bugs Can Can” Hall and Phil “Triggaman” Price. They recorded several singles for Profile Records in the mid-80’s, including a song called Drag Rap (Triggerman) in which a twisted tale of revenge-seeking gangsters unfolded over a richly syncopated beat. The song became incredibly popular in Memphis and New Orleans in the early 1990’s, and along with Paul Cameron’s Brown’s Beat has become one of the cornerstones of Bounce production. A seemingly infinite number of vocal and instrumental samples have been culled from the record and used in literally thousands of Bounce songs to date. Unfortunately, the group fell victim to the shady business practices of Profile, and they have never received the money due them for the many records sold in the South and the licensing fees paid to use the sample. In fact, they were unaware of the song’s runaway success in the South, only becoming aware of the situation when they received a phone call from a promoter in Memphis who “acted like he found Elvis alive.” the bad experience with Profile, the Showboys are honored that their record has played such a central role in the development of the local New Orleans style.