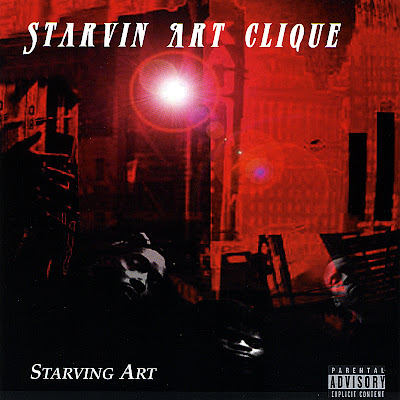 For artists working in a town that is notorious for its indifference and even outright hostility toward homegrown hip-hop, the three members of the Starvin’ Art Clique have accomplished a great deal in relatively little time. Since 1995 the group, which consisted of MCs Christopher “30 Fingaz” Gittens and Robert “Hawaii” Russell, and DJ/producer Joe “Guess Who?” Davidge, has appeared on local radio, been featured in The Sun and City Paper, and released its first album, Starving Art, on Davidge’s own Overkast Records.

On the self-produced album, both 30 Fingaz and Hawaii exhibit a lyrical density and maturity that belie their age. They engage true life with wordplay and metaphor for a result that works on several levels, and Guess Who? complements the duo’s lyrics with beats and sounds. Instead of the typical stripped-down bass and drums that producers usually place beneath “reality” lyrics, Guess Who? swirls horn lines and piano around the griminess of the rhymes in way that is jolting but effective. Think Mobb Deep meets Pete Rock.