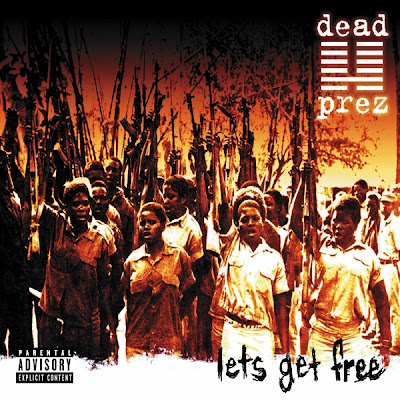 At the start of the 21st century, Dead Prez was one of the few outfits to rise above the crowded, mediocrity-prone fray of misogynistic, money-driven, and thug-centered hip-hop. The Brooklyn duo of M-1 and Stic.Man set new standards for living on their debut, LET’S GET FREE. On “Be Healthy,” Dead Prez provides a guideline to good health through rhymes that promote eating right and exercising. They even explore the rap ballad with “Mind Sex,” in which the two invite women to do more than just behave as submissive, self-serving objects of sexual gratification. This meaningful, culturally conscious album, which is marked by backdrops of startling, occasionally somber beats, provokes deep thought. Indeed, with LET’S GET FREE, Dead Prez put themselves in a hip-hop class of their own.