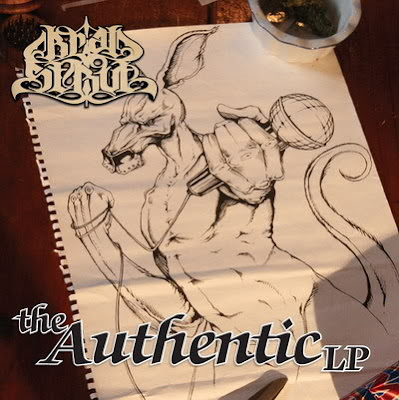 Unkut.com: ”In 2001 Brad released his debut long player The Authentic LP, an album which, along with Bias B’s Beezwax and Culture Of Kings 1, marked a turning point in Australian hip hop. With its unforgettable cover of a vicious looking kangaroo caricature wielding a microphone, The Authentic attained phenomenal sales, moving 8000+ units with no industry hype in a time of minimal support for credible Australian hip hop. The album was heralded as groundbreaking, receiving acclaim from hip hop fans the globe over and the track “A Good Thing” even appeared on Jurassic 5 DJ Numark’s mix CD Hand’s On (Sequence Records 2004). The AuthenticLP featured names such as Lazy Grey, Sean B and a freshly formed Melbourne crew Lyrical Commission, who had recently featured on,Culture of Kings Volume 1 with their track “Lyrical Mongrels” ”